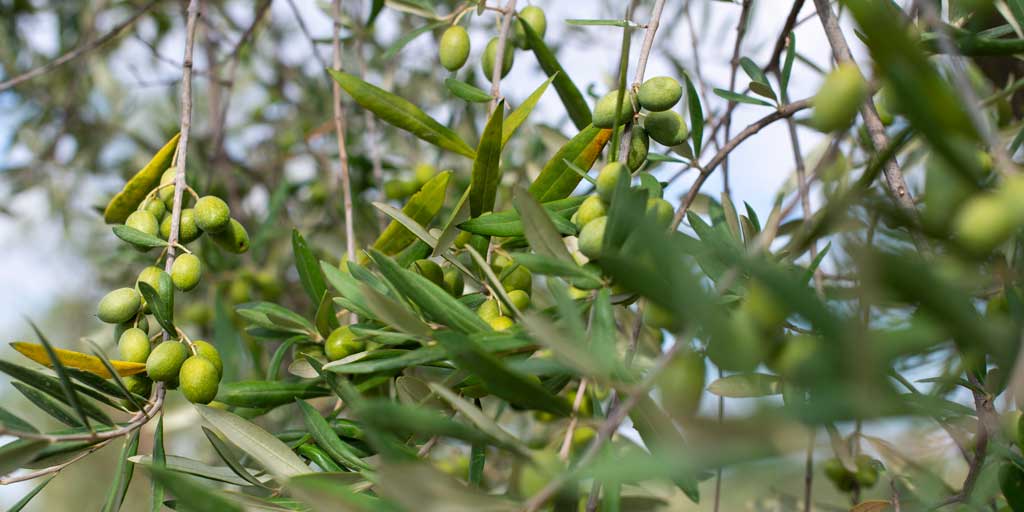 In olive oil and olive groves world there are many terms that are not used correctly by consumers. In general, society’s lack of knowledge of the olive oil sector means that words such as “early harvest”, “premium oil”or “first pressing oil”, among others, are given a meaning that does not correspond to the real one. Therefore, in this post we want to clarify some terms so that you know what they mean and can use them correctly in the next conversation with your olive oil lover friend.

In the classification of the virgin oil, EVOO is the highest category (the other two are virgin and lampante virgin). Among colleagues in the sector, it is often said that it is the olive oil with two surnames, “virgin” and “extra”.

The term “virgin” refers to olive oil that has been extracted only by mechanical and physical means. As said before, in this classification there are three types: extra virgin, virgin and lampante virgin.

Extra virgin olive oil complies with all the physical-chemical and organoleptic parameters and we can say that it is an oil without any defects. We can also find different varieties such as Picual, Arbequina or Frantoio among many others. Each of these varieties provides different nuances and intensities of fruitiness.

Virgin oil must also comply with its physical-chemical and sensory limits, however, it has some organoleptic defects that are almost imperceptible to the consumer.

this is a very familiar term for EVOO lovers and in the collective imagination it refers to a quality oil, but this is not entirely true and we can say that it is misused. When consumers use the term “first-press oil”, they normally include all oils that have been obtained early, without taking into account the extraction process, which may not be always correct for obtaining EVOO.

In this sense, several factors can be considered. One of them is the final stage of the process, filtering. Many of these oils are obtained by the « maquila » process, which skips the filtering stage. That means that thequality of the oil obtained is reduced after a short period of time(this is a controversial issue and we would like to write a dedicated post about it).

From an objective point of view, the word “pressed” refers to the press, which was the system used in the past to extract the oil. The press system has been eliminated from olive oil mills and practically no mills use it since the 80s, all in an attempt to improve the quality of the oils obtained. To conclude, the correct term to replace “first-press oil” would be “Early harvest oil’.

In the olive oil sector, this term refers to the sensory analysis or organoleptic evaluation of the oils. In this sense, “tasting” is an objective test, legislated and regulatedby the International Olive Oil Council (IOC) and the European Union (EU). Moreover, together with the physical-chemical analysis of the oils, it is an essential tool for their classification (whether they are extra virgin, virgin or lampante).

This term refers to obtaining olive oils at the optimum moment of ripening, i.e. when they have the best physical-chemical, organoleptic and nutritional qualities. A clarification is needed here: the fact that an oil is an early-harvested oil does not mean that it is classified as premium or high quality. For example, it could happen that an early harvest oil has been obtained with some problem during harvesting, transport, processing or storage and has degraded to virgin olive oil or even lampante oil.

Premium or high quality olive oils are singular oils, obtained within certain conditions and particular requirements which not all oils satisfy. These oils are unique and stand out from the rest due to their quality. Again, as said before, just because we have an early-harvested oil does not mean that it is premium or high quality.

This is a term that comes from the French language and is widely used in the wine industry. In the olive oil sector, it refers to thelegal mixture of oils. This blend can be of oils of the same olive variety with different stages of ripeness, or different varieties of olives always from the same campaign. It is very important to make it clear that they are legal and valid mixtures if they comply with the above mentioned.

Organic farming refers to a harvesting system that respects biodiversity and the environment, in which phytosanitary products have not been used, beyond the specific ones that are legislated and regulated for the control of pests and diseases.

With regard to organic oil, it comes from olive groves with this cultivation system. However, for an olive grove to be officially considered organic, it needs a conversion period of three years. After this time, it would be certified as organic olive oil. This type of olive oil is currently greatly demanded in Northern and Central European countries.

We hope that these concepts have solved your doubts. Don’t forget that in our online shop we have selected only extra virgin oils, without deception. We invite you to write in the comments any other terms related to olive oil that are not clear. We will help you to clarify them.